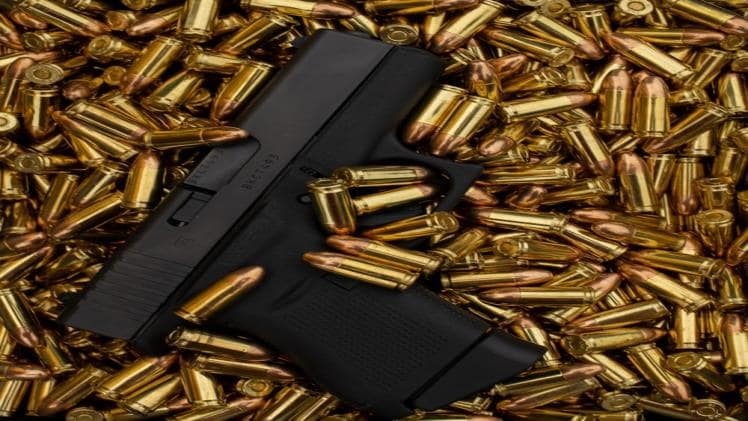 What preceded the invention and making of the .40 caliber rounds is a rather unfortunate event.

It was April 11, 1986, when FBI agents surrounded the two serial bank robbers in an attempt to bring them to justice. 140 fired bullets later, the two FBI agents lost their lives, five were wounded, and two suspects were killed.

It took them 6 bullets to kill one of the suspects and 12 for the other. It was then and there that they recognized the need for a more powerful cartridge. And so the .40 Smith&Wesson ammo was born.

Since then, the .40 caliber round has established itself as perfect ammo for everyday carry and home defense purposes. But what handguns chamber these rounds, what types are out there, and what is the best .40 caliber ammo available today?

We are going to answer these questions and more to help you decide if this type of ammo suits your personal preferences and needs.

Handguns that chamber .40 caliber rounds are a very popular choice for home defense, and most major gun companies produce one or more of these firearms. So there are a lot of options out there.

We’ve narrowed the list down to the three most reliable .40 cal handguns currently in the market:

This recoil-operated semi-automatic handgun is extremely reliable and easy to use. Its four best features include:

This firearm is made to be highly durable, which makes it the perfect gun for self-defense, as you won’t have to worry about its competence in any potential life-or-death situations.

This double/single-action semiautomatic handgun is the first choice of many military and law enforcement professionals around the world. The Beretta PX4 Storm’s main features are:

Because it is super durable and reliable, it is also an excellent choice for home-defense purposes.

The Glock 22 was the first handgun to bridge the gap between .45 and 9mm rounds. It is the first .40 cal gun that law enforcement professionals started to use and are still using to this day. Widely known for its reliability, this firearm comes with the following key features:

Whatever .40 cal handgun you choose to add to your collection, you’ll need the proper ammo that goes along with it. Our next section will help you know and understand different .40 caliber ammo types.

What are the three types of .40 caliber ammo?

Not all .40 caliber rounds are the same, some are better for self-defense uses, while others are more suitable for target shooting. Here is the list of three .40 caliber ammo types and their features to help you make the right choice for the right purpose:

Now that you know the origin of .40 caliber ammo and its different types, it’s time we answer the burning question…

What is the best .40 caliber ammo for handguns?

You will find more than enough different .40 caliber ammo choices in online stores like Natchez Shooters Supplies. Navigating these waters can get difficult and overwhelming, so we have designed a list of the top three .40 caliber rounds to save you some time and effort. 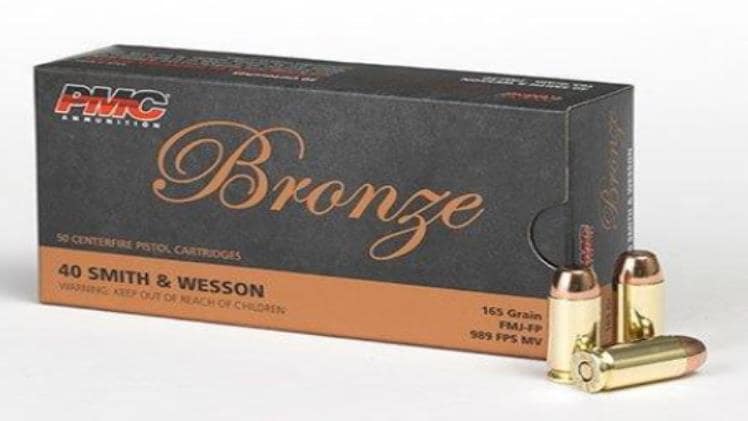 PMC bronze handgun ammo offers high quality and extreme reliability. These rounds are tested in rigorous inspection processes to ensure no failures occur upon firing. It is all-around consistent ammo that won’t let you down in moments of need. Because it has an FMJ tip, it is best used for target practice. 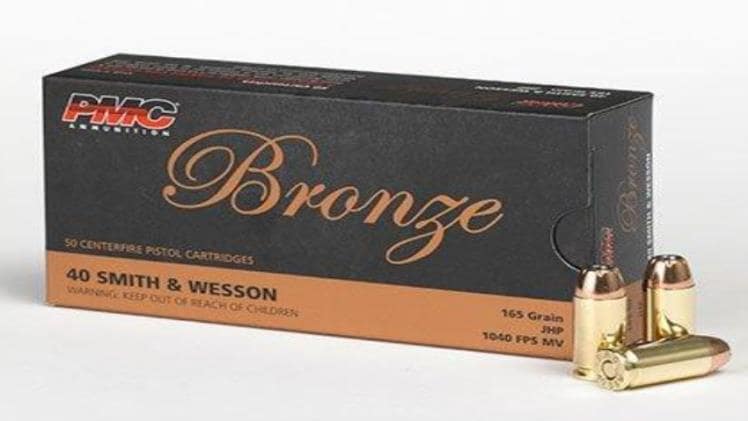 Another Bronze .40 ammo made it to our list, but this one is more suitable for home-defense purposes as it has JHP that will ensure you don’t hit anything behind your desired target.

This American Eagle .40 ammo offers superior accuracy as well as reliability. The rounds are weighed and profiled meticulously to ensure noise reduction and are also filled with clean-burning powders that leave your handgun nice and clear.

From its infamous beginning to its wide usage in military, police, and civilian circles, .40 caliber ammo for handguns undoubtedly earned its keep.

Is this ammo right for you? This is the only question we can’t answer, as the ultimate choice lies in your hands and depends on your needs and personal preferences.